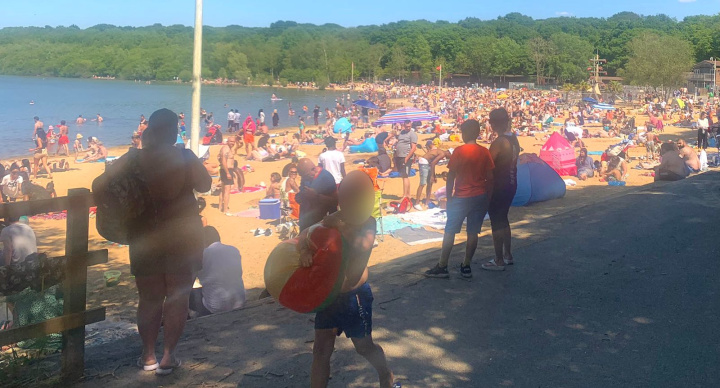 Britons flock to beaches as police called out

Police were called to reports of a "large group gathering" at Ruislip Lido in west London, and urged the public to "use common sense".