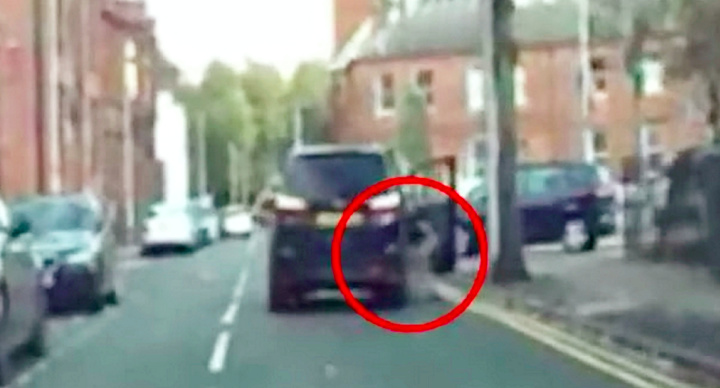 Dashcam footage shows the woman being dragged along Lodge Road in West Bromwich.