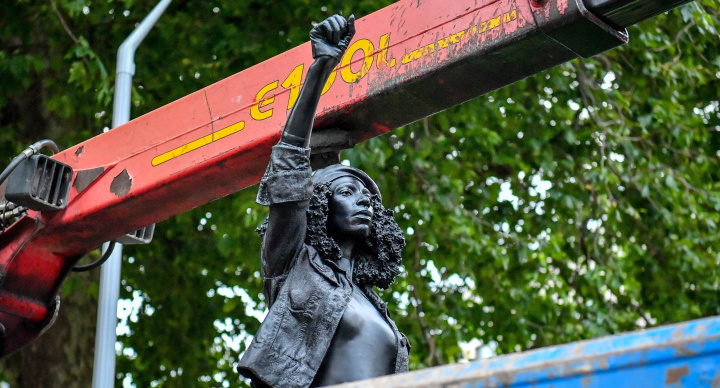 Workers turned up to the site of the plinth in Bristol at around 5.20am on Thursday morning to take down the statue and transport it away.