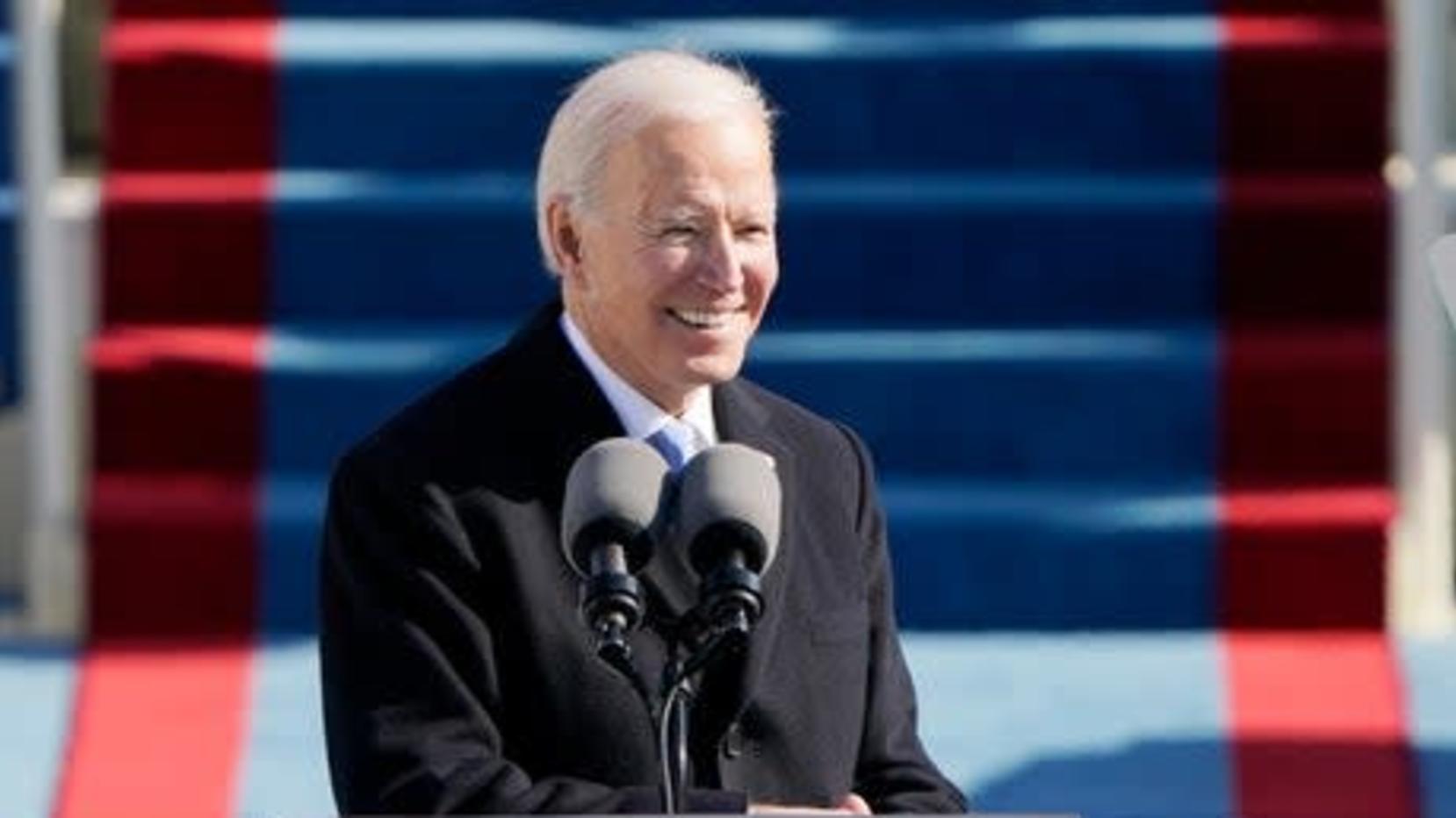 Joe Biden sworn in as 46th president of the United States and declares: ‘Democracy has prevailed’